As it turns out, cycling for miles along muddy, wet roads carrying a heavy backpack isn’t the best fun. The clothing on your back ends up soaked through with sweat and your arse-crack looks like it has a giant streak of crap up it. Which is because it does. The only ‘fun’ is trying to decipher the ‘Rorschach’ inkblot stains left up the back of my jerseys when I arrive home to see whether this was the commute that finally broke me psychologically. 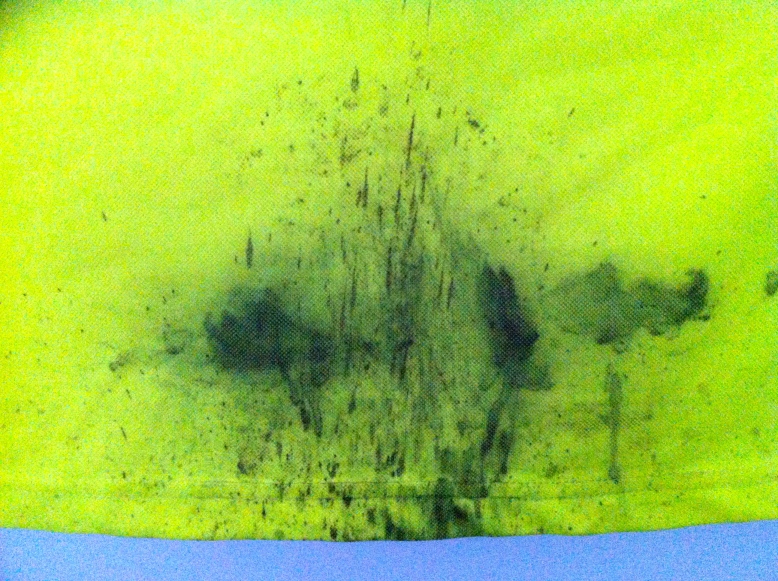 However, that’s not to say that good honest fun can’t be found in trying to guess which part of my bike is hiding beneath the thick layer of dried mud in the photos below. 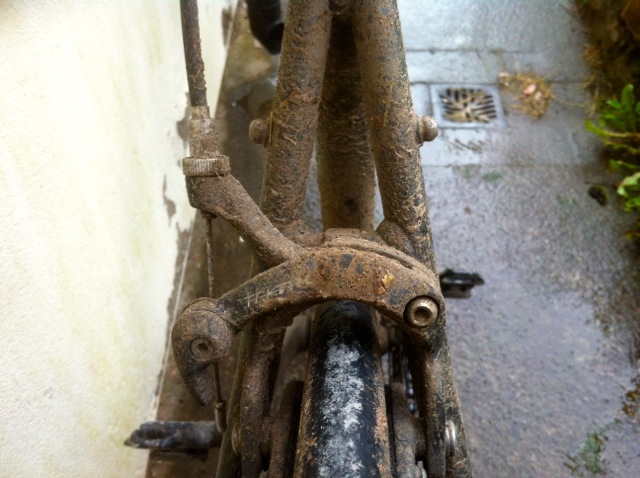 This is either a pedal or a handlebar 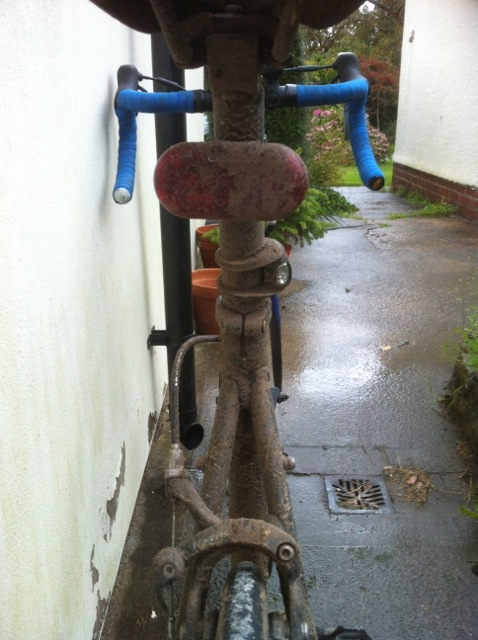 Oh, it was a brake and a light

Anyway, despite all this recent fun and the subsequent constant washing of clothing, bicycle and cyclist, I finally succumbed to the need to buy mudguards and panniers. I had initially felt that these items lessened the aesthetic appearance of a bike and were a bit too sensible for my liking. But riding a bike caked in horse shit and arriving to work looking like you’d been dragged there was also beginning to lose it’s questionable appeal.

It took me about 2 hours to do the installation this evening (although a fair portion of this time was spent cleaning the bike first). The mud-guards were fiddly and took a lot of adjustment, but there wasn’t any particularly difficult or frustrating element to it. 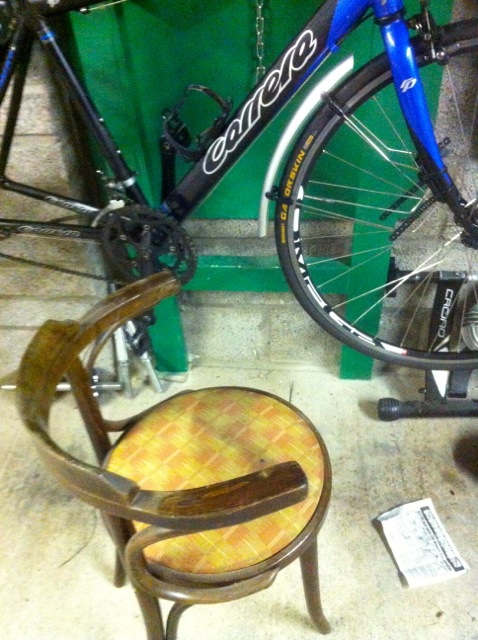 Pull up a chair – this might take a while

The pannier was easy to fit and was simply a case of bolting it directly to the frame and hooking on the bag. The end result looks less ‘sensible’ than I had feared and will certainly improve the enjoyment of my commutes.

8 thoughts on “The end of mud”