For the past week I have been in France with friends climbing and descending mountains on our bikes. The first stop was Mont Ventoux, the ‘Giant of Provence’ where we climbed the mountain three times in three days. The weather was blisteringly hot and the difficultly of the climb was matched by the uncomfortableness of constantly diverting rivers of sweat out of my eyes. There are three different roads to the top and we took the route up from our campsite at Malaucene. It was 13.7 miles at an average gradient of 7% which took us an hour and 45 minutes to climb. 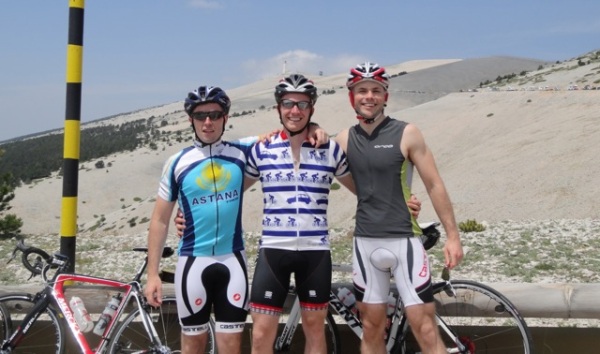 We descended via the Bedouin road – the same route that Stage 15 of the Tour de France would be taking the next day. It was a constant stream of camper vans as far as the eye could see. 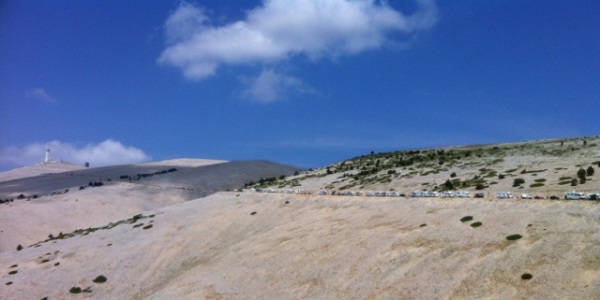 Descending was a well-earned thrill

The following day was the day of the Tour. For some mad reason I decided to climb dressed in a full bear costume with a horn on my handlebars. Despite the searing heat it was great fun being cheered, chased, pushed and photographed the whole way up the climb. At one point I had a spectator with a giant cow bell jogging beside me and attracting even more attention to the situation.

Mad bear on the Ventoux

I was fed a few glasses of pastis and rose wine by excited fans, everyone shouting “Allez Winnie”. It certainly made the 2 hours of slow cooking bearable (excuse the pun). Between us we had carried a full picnic, a box of wine and three chairs. 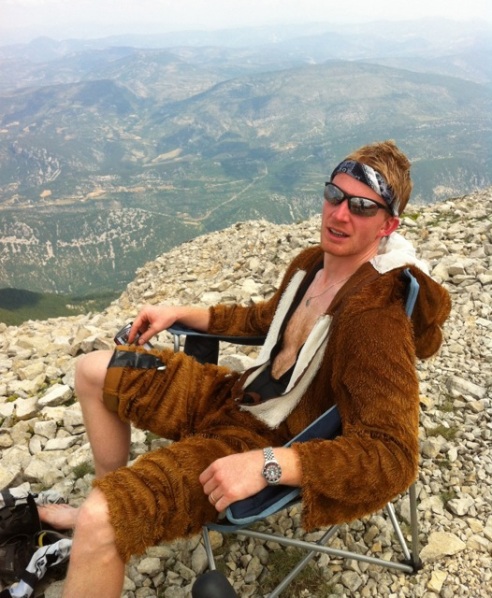 A hot bear cooling down

Teddy bears picnic on top of the world

Taking our seats to wait for le Tour 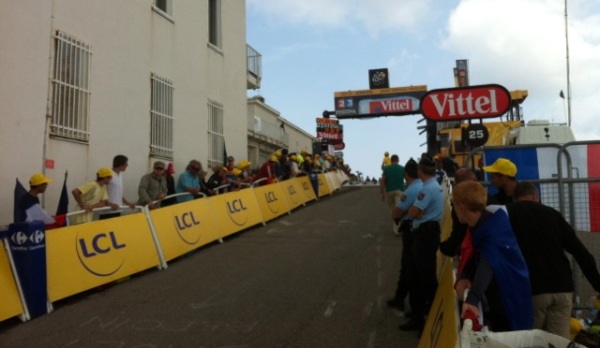 We were a short walk from the steep finish line

Chris Froome was the first rider to appear 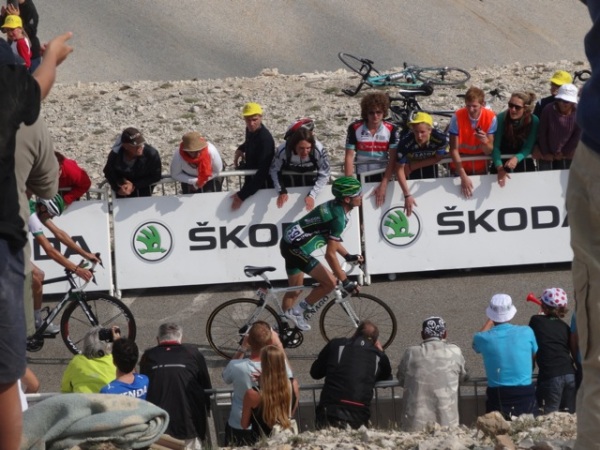 After the Tour had passed by and the thousands of following vehicles had crested the summit, we finished our picnic and got ready to leave. Rather than head back down the Tour route we dropped over the back of the mountain down the Malaucene route to our campsite. We enjoyed whizzing past the long queue of traffic and were almost to the bottom when the sounds of police sirens appeared behind us. I slowed to let them past and then carried on descending at speed. It was only on reaching the bottom that I realised they had been shepherding a convoy of team cars down the mountain so I pulled over and was passed by a Team Sky car. Rather than being annoyed at me for holding them up, they all gave me thumbs up and clapped. Who doesn’t like to see a cycling bear!

The next day we attacked the Bedouin road and reached the top in good time. It was hard graft but much easier without the load of a backpack and bear costume. Next stop the Alps ….